Made for Ludum Dare 43, theme: Sacrifices must be made. Made in 48 hours.
https://ldjam.com/events/ludum-dare/43/total-party-kill

Your party enters a deep and dark dungeon, but the only way forward is creative use of friendly fire. Sacrifices must be made…

Control 3 different heroes: a knight, a mage and a rogue, use their special abilities and sacrifice your teammates to reach the goal. As long as one hero survives, you complete the level.

found out you can fly by spamming jump while carrying something

Fun! Managed to find a way to beat one of the levels with no sacrifices: 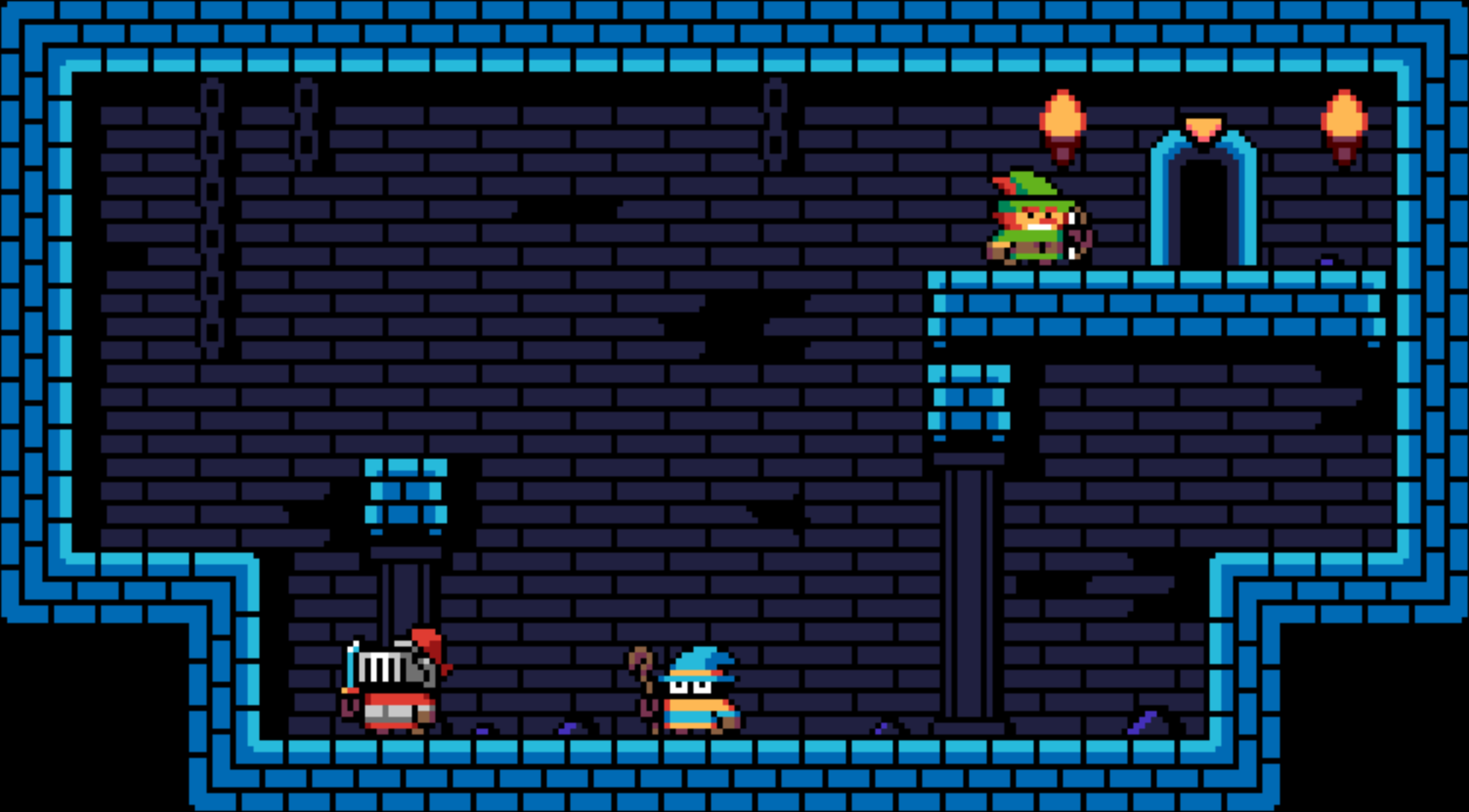 I love this game.

A fantastic game! I would love to see this re-created on NES or Game Boy using GBStudio or NESMaker.

I love games like this. Reminds me of Fire and Ice on the NES. Any chance of a part 2 in the works? I found the puzzles so easy, I think I finished the game in two hours or so. Really wished for way more levels, hard stuff. Best regards.

Any chance you could upload a Windows build?

great game :) play on android but would love a windows donload to play on the go....

Awesome game, but the control need some time to get familiar with.

i hate the control, it is very weird

I got stuck at level 14 and when I looked up a walkthrough, it turned out the method doesn't work in the webplayer. It also seams like there are 5 other levels that have been removed. The method is to stack two guys on top of each other, let the bottom one jump, switch to the guy on top and have him jump at nearly the same time. Though I did really enjoy the puzzles in the other levels and good job on the fact that you couldn't progress untill you had figured out the new method required to complete each level.

Level 14 is possible in the webplayer. I just created a short video for it here:

Alright thank you, but isn't it kind of odd that the solution in the walkthrough doesn't work in the webplayer? I tried it again and your method is really hard to pull of (so unlikely the intended solution). I found that if you stack two guys on top of each other and quickly press the up key mutliple times, the stack of them moves up indefinitely.

I actually don't think my way is too much harder than the intended way. (Yeah, I saw a video about this stacking bug as well, but did not want to promote it. :-P )

I am agree with Mika, that part is hard and exasperating.

An archer, a knight and a mage. This combination is so classical.
Death has never been so much fun.

best game i play in a ludum dare!!

Great work. I did encounter what I think might be a bug though. In the second-to-last level, I couldn't figure out the real solution (assuming this thing I'm thinking is a bug is not the solution), but I was able to freeze the knight while he was standing on top of the mage. With the frozen knight on my head, the mage was able to jump repeatedly in the air and gain height. That raised me to the platform on the right, where I already had the archer. Then of course I shot the mage with the archer to pin him to the wall across the gap, and finished that way. A small "bug" for an otherwise amazing little game!

Cute, short, and sweet! A rewarding ending too. The freedom and leeway in levels was nice.

This is in my opinion the best Ludum Dare 43 game I have played so far. Each level was unique and the puzzles were well thought out, and I played the whole game.

I love the game. down arrow for switch hero would be nice

Really awesome game! I love how  there is a freedom to how you beat the puzzles. For example, on level nine I pinned the knight to the wall, but couldn't figure out how to get the archer down. Instead, I shot an ice ball at the pinned knight to make him drop, lowering my teammate to victory. The concept is really expanded upon to a great extent which I like.

My only complaint is that the controls are not my favorite. I would suggest using WASD to move and jump, S to switch, and J or enter to attack. Just a suggestion. Nice work!

Edit: I got a little more used to the controls when I played it again 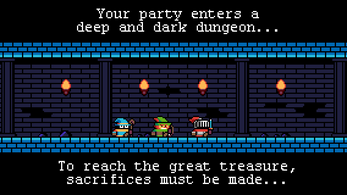 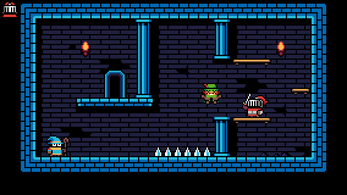 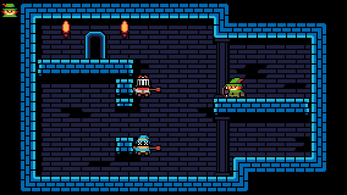 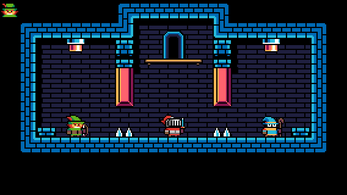